6 years ago, Airdrie Supporters Trust began a football strip amnesty in the town in conjunction with the KitAid charity. In its simplest form, if kids donated an football strip, they would receive a free season ticket for Airdrie FC. These football strips would then be collected, sorted, and via KitAid, sent to some of the poorest countries in the world, where the donation would be so much more than a football strip….in some case, it would be the only piece of clothing these children had.

One of the 1st batches of kit collected found it way to a team in Mongolia, and immediately, links were forged with this unlikely connection.

In 2015, a group of 11 Airdrie fans subsequently travelled to Mongolia for a life changing trip. The group travelled all over this expanse country, making friends, playing football, seeing sights, but more importantly, played a massive part in the small town of Mandalgovi, by raising over £5k to donate homes to 5 homeless families, along with donating much needed medical equipment and clothing to residents of the town.

Now, 4 years on, and after huge links have been made cemented between the small Scottish Club and the huge country, the group, along with some newcomers, are heading back to build on the charity work already carried out.

Our goals for this trip are tenfold.

a.) Homelessness :- Mongolia has one of the most extreme seasonal weather dips in the world, from 40 degrees in the summer to minus 40 in the winter, with the capital – UlaanBaatar – being named as the coldest capital city in the world.  The poverty rate in the country is around 36%, meaning that a large number of people are living in substandard housing, or worse still, with nowhere to live, and sees many families living in underground sewers to try to keep warm next to hot water pipes. We will be donating 5 homes (locally known as GERS) to families in Mongolia, specifically in the small towns of Mandalgovi and Dalanzadgad, which are in the Gobi region. We are already in talks with the local authorities to identify families in need and will meet with them when we are over. We will also be visiting the 5 families who received GERS during our last visit in 2015, to see how the new accommodation they received has changed their lives.

Meanwhile in Scotland, the team will also be donating £1000 to the New Beginnings Group, based in West Central Scotland. New beginnings are a group of volunteers who’s aim is to help the homeless & people less fortunate by doing fortnightly food/street runs in Glasgow & helping support people who have just been housed after experiencing homelessness. Stuart Robertson – who is one of the party attending Mongolia – is a founder member of the organisation, and the majority of the party will be out helping the organisation in the weeks leading up to the trip to get an insight into the level of homelessness in Scotland and help raise awareness.

:- Cervical Cancer Treatment and Awareness :- Cervical cancer is one of the most common forms of cancer among women and, although treatable, causes a high burden of mortality and morbidity especially in developing countries. Mongolia currently has the highest cervical cancer incidence in Eastern Asia. Alarmingly, only 5% of cervical cancer cases are detected in stage 1, contributing to a five year survival rate of less than 35%. Based on current detection rates, incidence is estimated at 10-20/100,000 persons, but evidence from short-term intensified screening campaigns suggests that the rate may be 30-60 times higher. This indicates a large burden of undiagnosed and untreated disease and points to the need for greatly improved early detection and treatment of pre-cancerous lesions at the primary and secondary care levels, as well as renewed strategies for combating the human papillomavirus (HPV) which is the main cause of cervical cancer.

In addition, we are in discussions with the Deputy Director of the Mongolian Cancer Centre, who has been successful in sourcing low cost HPV screening units which may (potentially) make mass screening affordable. While the HPV vaccine has tremendous potential to reduce the burden of cervical cancer, introducing the vaccine at scale in middle income countries like Mongolia still presents significant financial and logistical challenges.

Dr Bayer explains “In 2005-2014 Test For Life, a Rotarian funded humanitarian service project introduced a conventional Pap test screening and during 10 years mobile team visited all 21 provinces and served more 30 000 women (Pap test costs USD10)
and in 2012 by funding of US Government program – Millenium Challenge Account, a nationwide screening program established by setting up cytology labs and training staff in all 21 provinces and 9 districts of UB. Currently, the conventional Pap test is used for cervical cancer screening with an average coverage of 43% of target women in the country.
In 2019 by the recommendation of WHO, NCCM has a plan to introduce 14 High risks Human papillomavirus test screening (HPV test) which sensitivity to detect cervical pre-cancer is 96% when Pap was 53%. For this purpose as a pilot study project in July 2019 NCCM plan to HPV screen 2000 women aged 35 and 45 years old from 6 districts of UB. After which all detected HPV+ cases must have a colposcopy, for this purpose need to have mobile colposcopy in the mobile clinic and other diagnostic and treatment equipment.
Currently, we have HPV test cost depending on the technology varies from USD60-100 per woman and it is not cost-effective and non-affordable to use as a public screening method. But by the support of WHO, NCCM received a new relatively very affordable and high-quality technology Qiagen brand CareHPV test, it’s machine and 1000 kits. One kit costs USD7 only as agreed between WHO and producer Qiagen.
To fulfill the purpose of the pilot study we need another 1000 kits to buy directly from the vendor and asking for sponsorship.
After the successful implementation of the pilot study, the CareHPV test will be introduced as a primary screening method for cervical cancer and hope to receive funding from the Government.
It is the beginning of the new era for cervical cancer screening in the country. Some test for the pilot study will be done by using a mobile clinic driving in the suburb areas of Ulaanbaatar – in the ger districts. The Land Rover 6×6 mobile clinic donated by Hong Kong Land Rover club and Rotarians in Hong Kong.”
To this end we are hoping to assist in gathering funding for the screening test pilot in time for our visit.

Working in association with the Michelle Henderson Cervical Cancer Trust, we will be working towards the shipping costs of getting a purpose built vehicle to Mongolia, which would carry a mobile Cervical Cancer screening machine around this vast country, to help diagnose this terrible disease. In doing this, we also hope that publicity received at home will hit home the message to women about the importance of going for regular smear tests.

:-In association with one of our other charity partners – KitAid, we will take out old football kit and clothing to be distributed amongst adults and children.

:- In conjunction with our club partners Suicide Prevention abd the Back Onside Mental Health Charity, we will look to work with the Mongolian Health Authorities on passing on advice and help on how to assist with the Suicide and Mental Health problems in Mongolia. It has been reported that suicide is currently the number 1 killer among working age people in Mongolia.

:- And lastly, we hope to take out our ‘football for everyone’ message, and introduce Walking Football to Mongolia Walking football offers a multitude of health benefits to older people such as reducing the risk of cardiovascular disease and stroke while improving blood pressure. Positive changes in postural balance, blood pressure and resting heart rate, lowered cholesterol, improved blood sugar levels, bone density and improving reactions, whilst slashing the odds of suffering from type 2 diabetes – all indicators of general good health.

No pressure, but please help if you can. 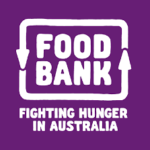